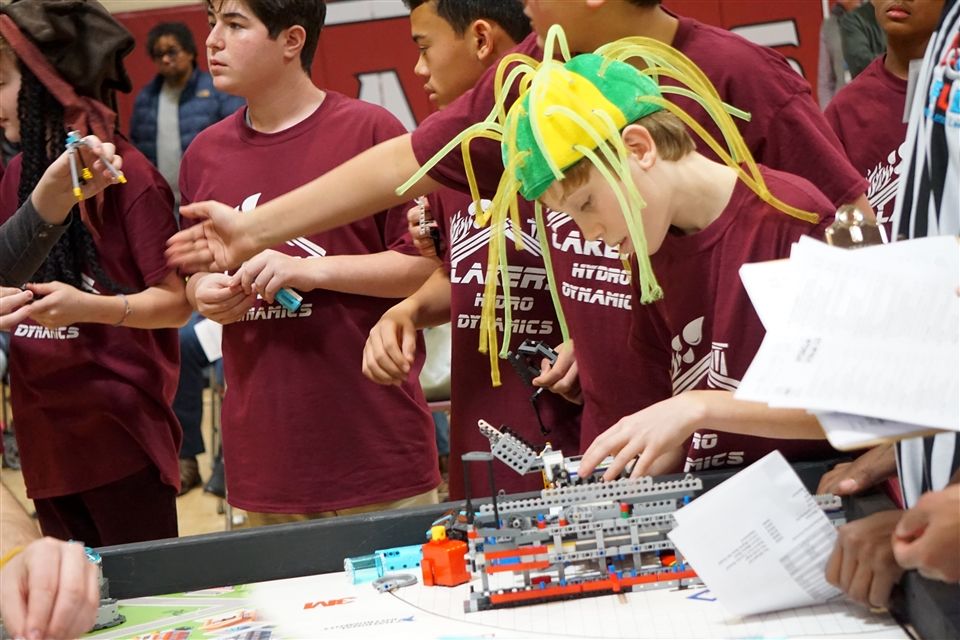 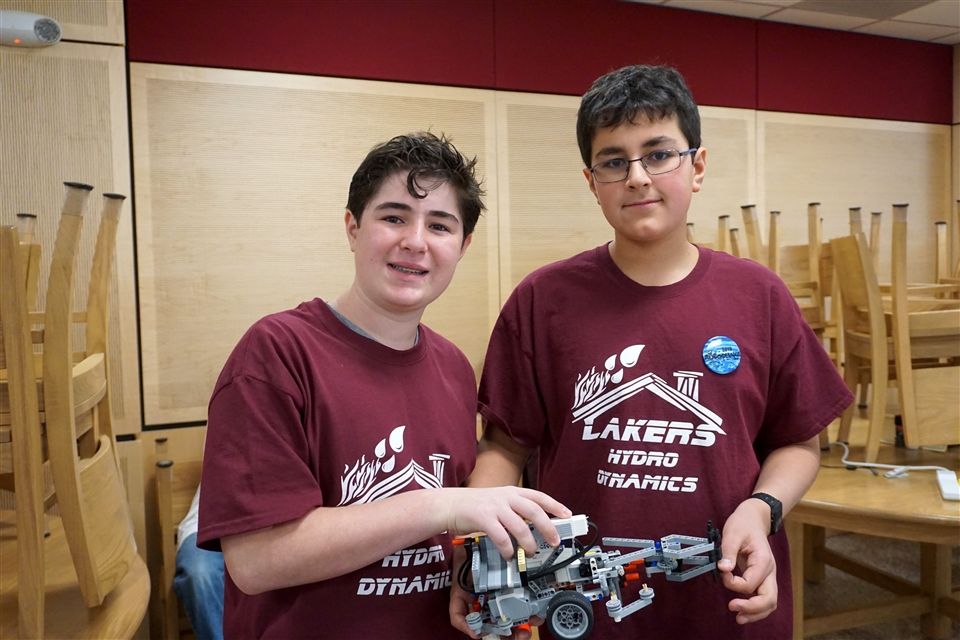 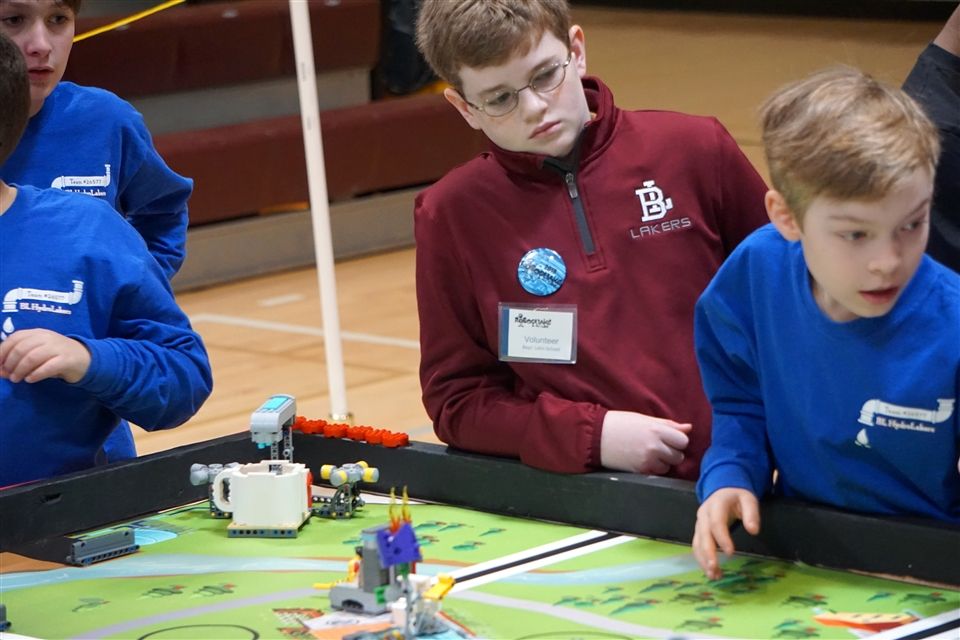 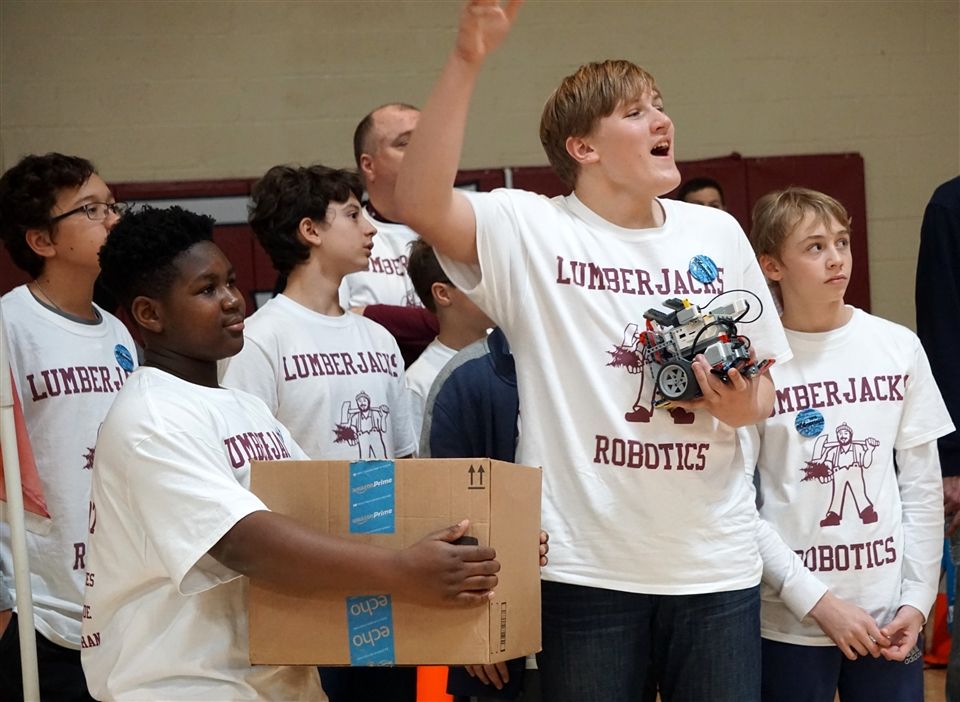 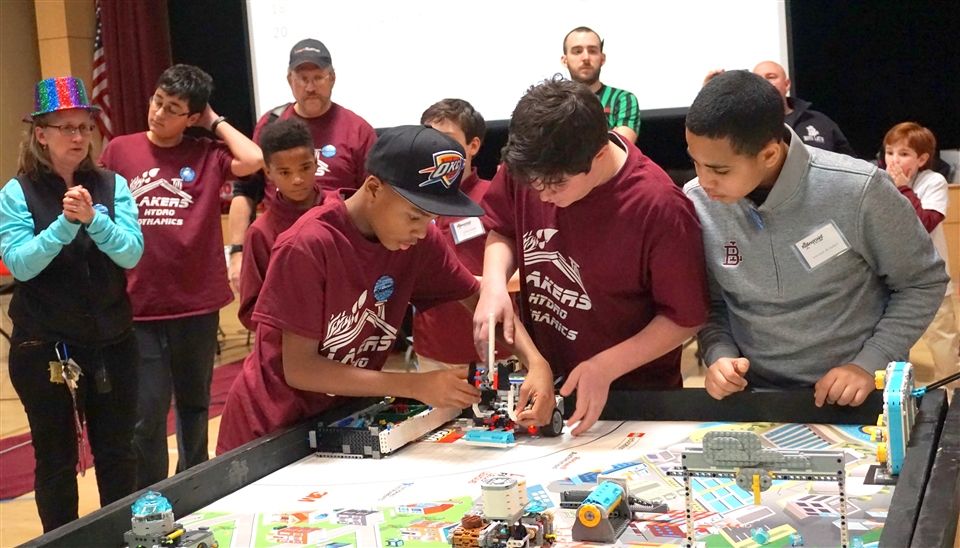 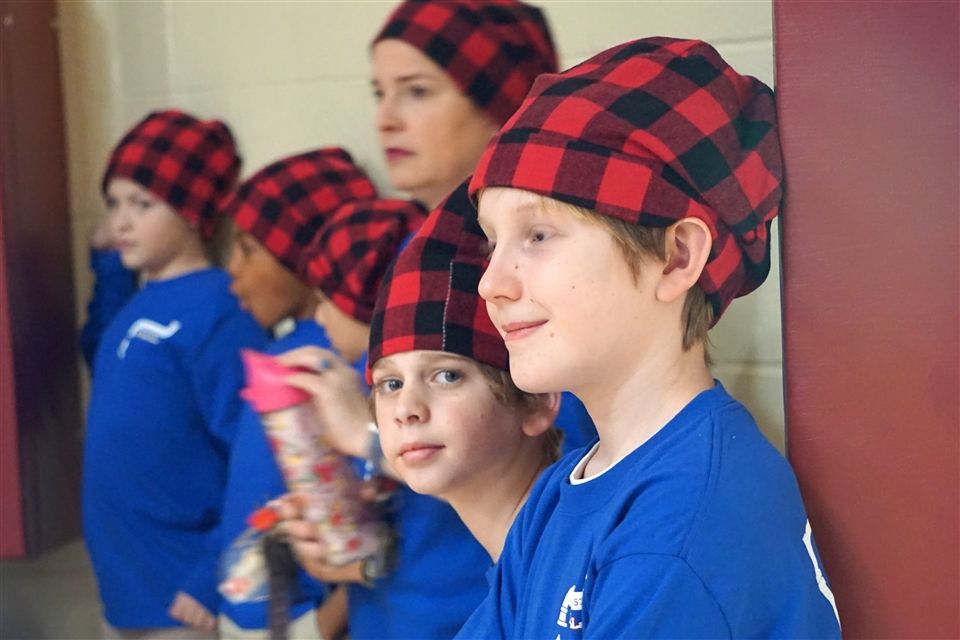 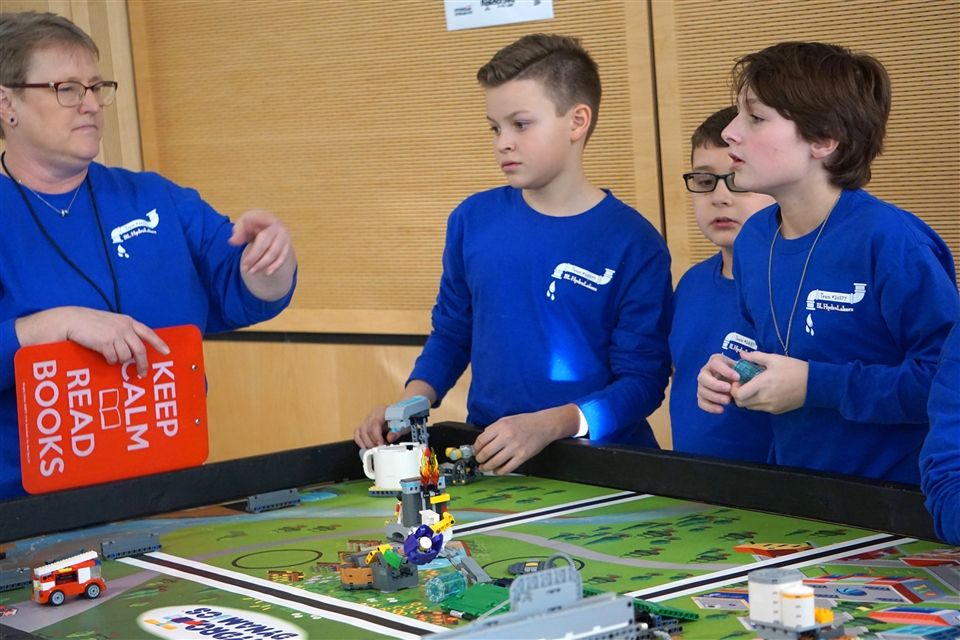 Roboquake on Lake a Success

1/22/2018
On Saturday, BL hosted area lower and middle school students for Roboquake on Lake, which included a FIRST LEGO League Maryland Qualifier tournament and a FIRST LEGO League Jr. Expo.
These exciting, hands-on events provided more than 20 local FIRST LEGO League teams with an opportunity to showcase their hard work, share their inventions and compete against their peers.

Boys’ Latin third grade teams showcased their Aqua Adventure℠ work from 10:00 - 11:30 am in the Carolyn Smith Library. Later, students in grades 5-8 competed against 20+ local teams in the Hydro Dynamics℠ challenge from 12:30 - 3:15 pm in the Iglehart Center.

“The hard work of our lower and middle school coaches and team members allowed us to go from ordinary to extraordinary,” says Anne Kellerman, Upper School Robotics Coach and Head of Technology Programs at BL. “The enthusiasm for these programs was palpable throughout the event during both the FLL Jr. Expo and the FLL Qualifier.”

BL’s lower school team – the HydroLakers – tied for second place overall in the robot game. In addition, they received the Champions Award – second place and the Global Innovation Award, a first for BL. The team also secured a bid to attend the Maryland FLL State Tournament in February.

"The boys have been working so diligently over the past few months preparing for the competition. We are so proud of their efforts. They performed exceptionally well and one could see their joy in working with one another,” says Brandon Mollett, Middle School Head. "We appreciated the incredible outpouring of support from our community. We had dozens of student , parent , and faculty volunteers supporting the boys, our school, and this event. The opportunity for all of us to share in this wonderful day is something very special."
Back

Founded in 1844, Boys’ Latin School of Maryland is an all-boys private school serving boys in grades K-12. World-class faculty, challenging academics, and character development remain the hallmarks of a Boys’ Latin education. We equip young men with 21st-century skills; that is why we actively teach critical thinking, collaboration, leadership, problem-solving, integrity, and compassion. The outcomes speak for themselves: Boys’ Latin graduates attend top colleges and universities and are prepared for the real world and ready to make a difference.
©2019 The Boys' Latin School of Maryland